The sharp piping of an agitated oystercatcher, as it spirals into the air, is muffled by an icy blast from the north. It’s a characteristically blustery day in the Angus glens when bright, warm sunshine battles with bruised skies, laden with the next wintry squall. We take refuge in a beautifully appointed converted farm steading, which sits somewhat incongruously amid the wild expanse of Glen Clova. 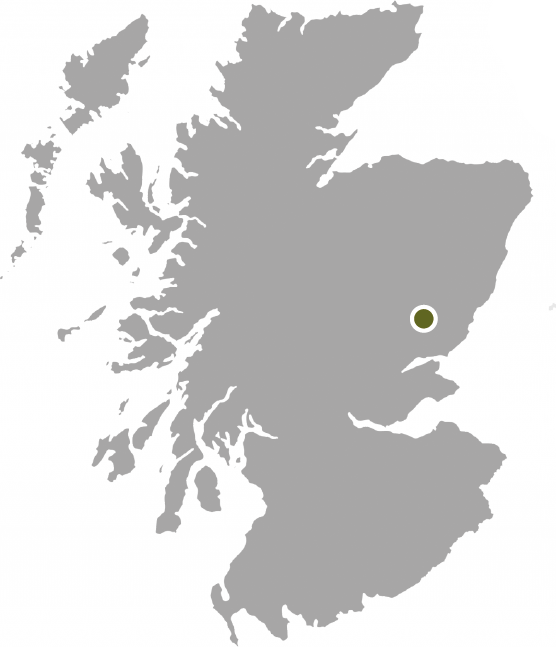 “I much prefer the term ‘renaturalising’ to rewilding,” reflects Dee Ward, a businessman who bought the 8,000-acre Rottal Estate fifteen years ago. Nestling in the south-eastern corner of the Cairngorms National Park, Rottal blends the traditions of sheep farming, deer stalking and grouse shooting, with a growing tourism and event portfolio. Dee is referring to the pioneering river restoration work that has been carried out on the Rottal Burn, as it feeds into the River South Esk, which flows through Glen Clova on its way to the Montrose Basin.

“The Rottal was straightened in the 1840s and although it retained relatively good conditions for salmon and trout, every time the burn flooded, young fish, eggs and gravel were just washed away.”

In 2012, an 800m section of the burn was ‘renaturalised’ by returning it to its original meandering channels and, in so doing, increasing its length to over 1200m and slowing the flow of water. By adding large woody debris in the form of windblown Scots pines, along with new tree planting, the burn soon looked much wilder, but crucially, was no longer confined, and was free to weave its own pathways across the floodplain.

“Returning the burn to its original channel, then allowing it to be governed by natural processes for the benefit of salmon, was tremendously appealing to me,” Dee reflects. 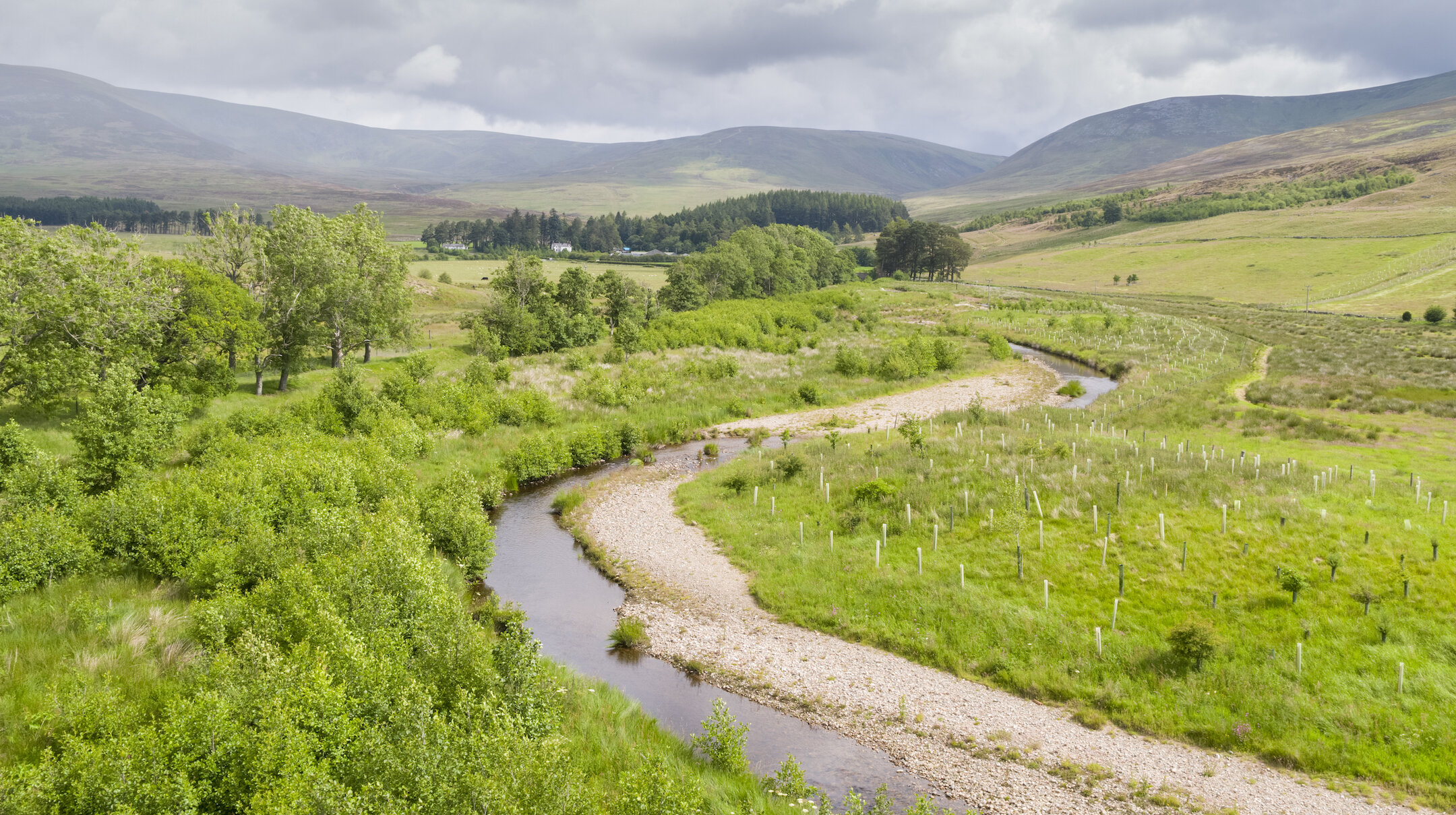 The Rottal is one of the primary spawning tributaries of the South Esk, so Dee’s aspirations were aided by the Esk Rivers & Fisheries Trust, who sourced the not inconsiderable EU funding for the extensive engineering works. Craig MacIntyre is the Director of the Trust: “The Rottal obviously looks much more interesting now with trees and wildflowers, but from a biological perspective, we’re simply seeing more fish. The densities of salmon fry are five times what they were, and the complexity of the river now allows salmon, at different stages of their life, access to food and shelter.”

Shelter is something that Scotland’s salmon are crying out for. These complex fish are sensitive and thrive in water up to around 15 degrees Celsius – any higher and they become thermally stressed. With so many of Scotland’s rivers stripped of their woodland cover, and the shade that riparian trees provide, water temperatures in some areas are rising to dangerous levels. 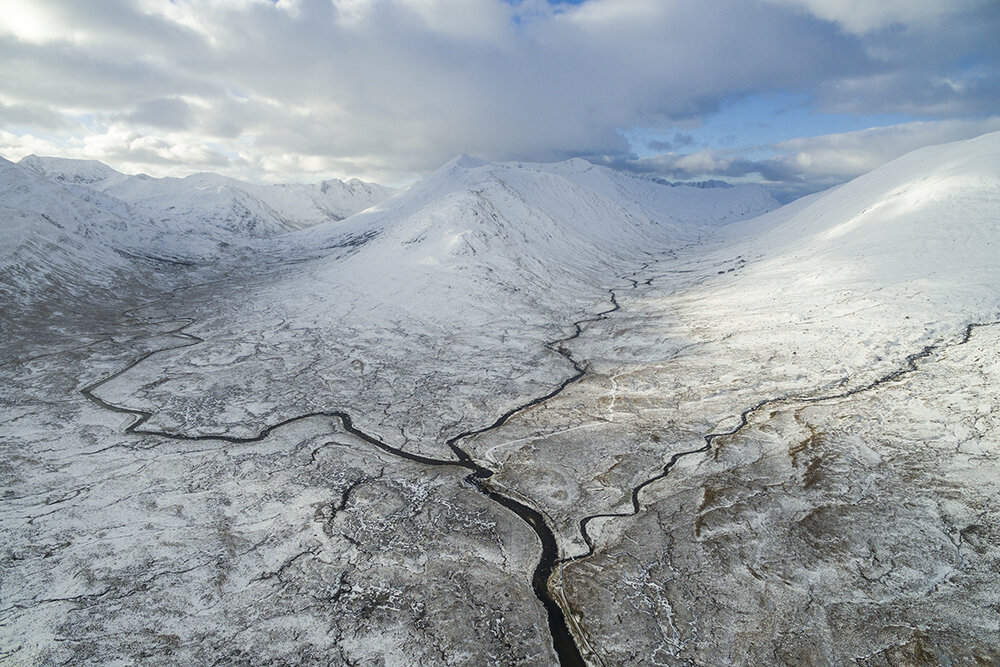 Despite their undeniable drama, many of Scotland’s river catchments are devoid of woodland cover and natural vegetation communities.

The impact of the Rottal Burn realignment was surprisingly quick. Within just 10 weeks of the burn flowing within its new channel, new sediment bars had formed, and salmon had started spawning: a testament to nature’s ability to recover, given the chance. The rapid and radical change quickly attracted attention, and Dee has since hosted myriad interest groups, from fish biologists to local school children. “I often get folk ringing to come and see the work,” he says, “not necessarily for any reason other than that they’re interested.”

Craig also recognises the significance of the project: “It’s become a national case study and other projects have been inspired by what has been achieved here. It may not be a huge area, but its impact has been far-reaching.” 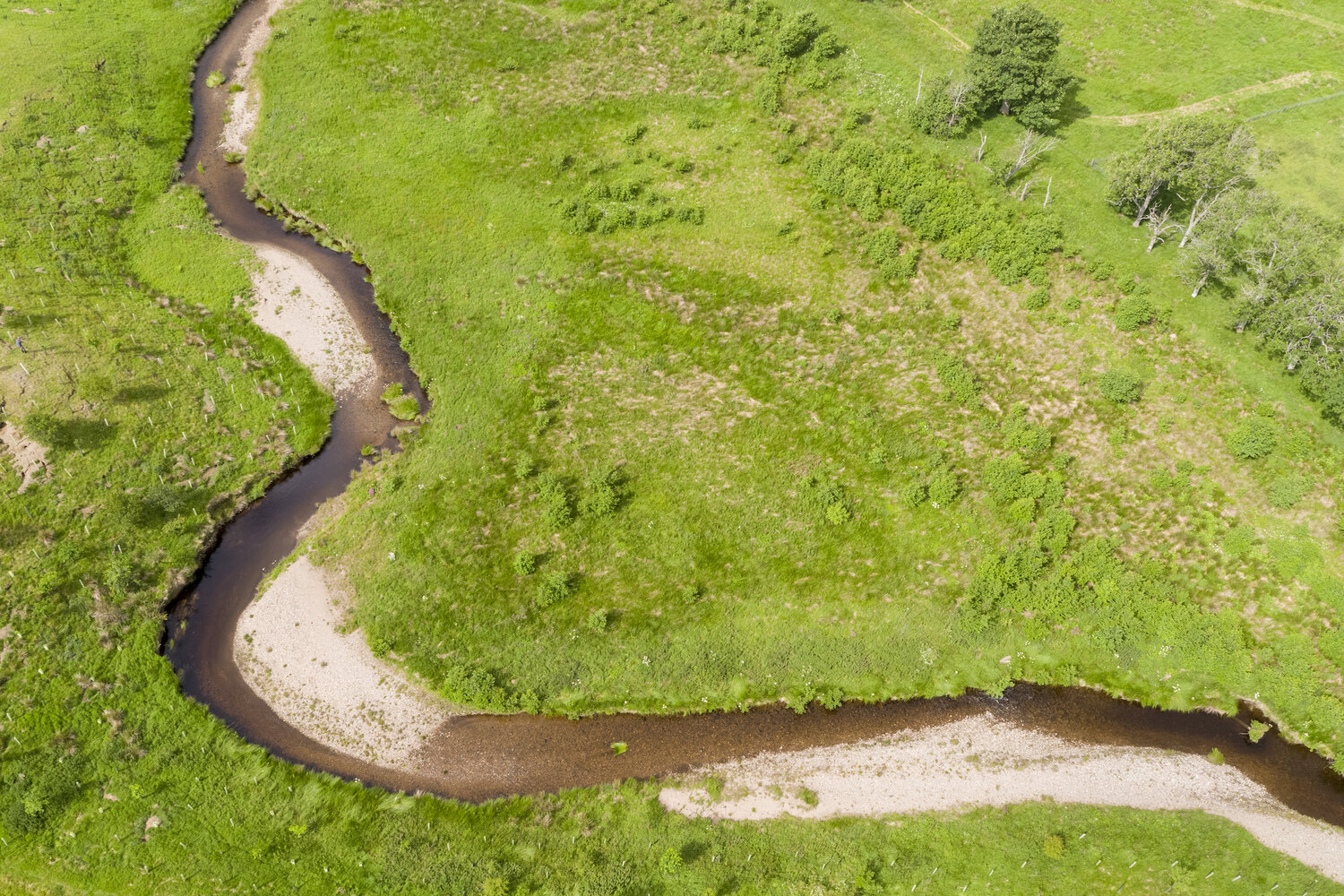 The Rottal now meanders freely creating gravel bars, some of which will be colonised by regenerating alder and willow, whose roots will provide shade and shelter for young fish.

As the rain sets in outside, a welcome tray of coffee arrives, and we veer towards some of the sensitivities that surround rewilding.

“The Rottal Burn work wasn’t at all controversial because everyone saw the benefit in it.”  Dee pauses before continuing, “Beavers and the like are different, however, because people tend to view anything new as bad. Beavers haven’t been around long enough in Scotland for people to see that in the right place, they can do fantastic work.”

“The improvements on the Rottal should be easy for anglers to get their heads around,” Craig says, “because we’re creating better conditions for more fish to spawn. The resistance comes from change – anglers have got used to neat and tidy rivers where they can easily cast. More trees, or more beavers for that matter, means more insects and woody debris for invertebrates, and this means more fish. It’s this win-win approach, that benefits both nature and people, that gives us a route forward.”

Beaver landscapes are a complex mosaic of light and shade, wet and dry, cool and warm. Ever-changing, they provide niches for myriad species.

Both men are clearly passionate about what has been achieved on the Rottal and, against the backdrop of rapidly declining fish numbers, can see the potential of river and catchment restoration elsewhere; but Dee is pragmatic.

“The landscape we have today has evolved over a long time. It’s almost been death by 1000 cuts. Someone cuts down a tree and then another tree, then they pull a hedge out, then they drain a meadow. You don’t notice it but over, say, 100 years, a huge change has taken place. I see our job as healing those cuts by making incremental changes. Then, slowly, slowly, insects start coming back, small birds return and bit by bit, the whole estate comes back to life.”

It is clear that seeing is believing, and for those who have visited Rottal, or a growing number of other river restorations across Scotland, the association between complex, wooded river catchments and salmon productivity becomes obvious. But according to Dee, if there is scepticism, it’s symbolic of a wider societal malaise.

“So many people these days don’t really come into close contact with nature, and we’ve grown used to our countryside being neat and orderly. We’ve got to relearn our connection with nature to fully understand that we’re part of a complex and sometimes messy web of life.”

Rewilding can take place at many different scales, and the word itself means different things to different people. But if we accept that, at its core, rewilding is returning abundance and diversity of life to our degraded landscapes, then surely the Rottal Burn realignment is an example of rewilding?

“I don’t like the word personally, because it has connotations of large predators and just letting nature take its course.” Dee continues, “I think there are huge areas of Scotland where rewilding would work brilliantly, but what I’m trying to do here is ‘renaturalise’ alongside other land uses, which will allow nature and people to live in harmony.”

Craig chips in: “I think rewilding implies a lack of management or human intervention, and the Rottal involved a huge amount of intervention, even though in the long term, it will be led by natural processes.”

This familiar hair-splitting debate over definitions and degrees of rewilding has the potential to drain energy from much-needed physical change on the ground. It is apparent that what Dee and Craig’s team have put in place in the Angus glens, and its longer-term goal, very much aligns with the general principles behind rewilding, even if they remain uncomfortable with the word itself.

“I think there are huge areas of Scotland where rewilding would work brilliantly.”

There is a widespread notion that Scotland has a binary choice between nature and people, and among those communities who are wary of change, there is a suspicion that with rewilding, people will lose out. Increasingly, however, that narrative is being reframed so that rewilding isn’t perceived as a threat; but instead as an opportunity offering enormous potential for nature, climate, and people. Scotland’s landowners – people like Dee Ward – will play a key future role in that process.

“For me, it’s very much about restoring Rottal to what I believe is a more natural state. We can enrich biodiversity, we can store more carbon, we can reduce flood risk, and I believe we can marry this with traditions such as deer stalking and grouse shooting. Ultimately, this blend of activities, all governed by renaturalisation, will allow the estate, and the uplands in general, to be economically viable.” 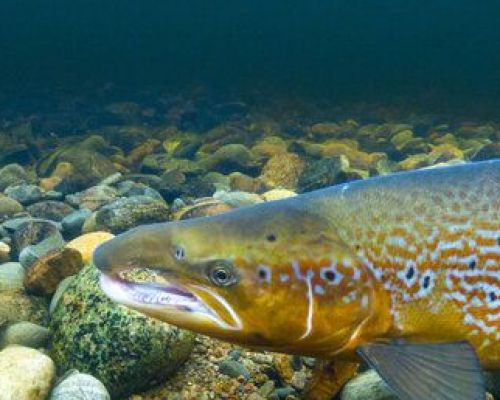 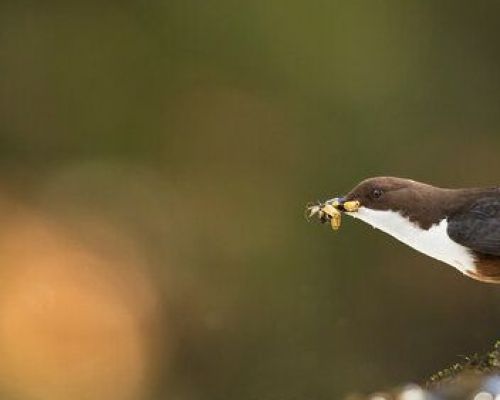 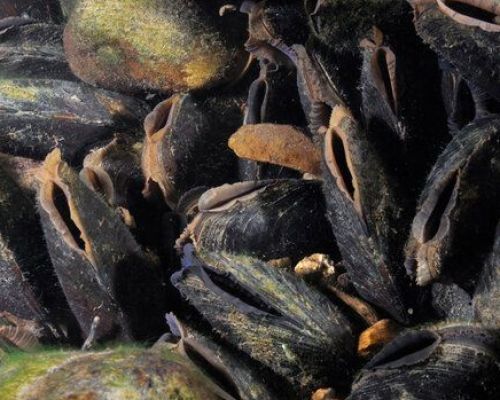 Downstream of the Rottal Burn in the River South Esk, freshwater pearl mussels, an incredibly rare species that relies on clean, cool water, remain relatively abundant. These fascinating molluscs can live beyond 100 years and rely on salmon and trout in the early stages of their lives. Attaching to the gills of passing fish, they effectively hitch a ride for almost a year before dropping off to start their life anchored to the riverbed, where they clean the water by filtering it through their gills. Dee, Craig and their team can imagine a day, not so far away, when conditions in the Rottal Burn are suitable for the return of a creature that has been absent for decades - centuries, even. Restoring mussels and the unseen, but vital, ecological process they deliver, would be another milestone on Scotland’s journey towards an ecologically richer tomorrow.

Rewilding or renaturalising? Who cares?

Find out more about river restoration in Scotland.